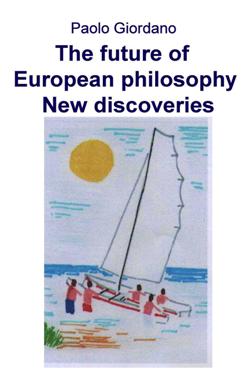 New discoveries.It seems that the philosopher Friedrich Nietzsche drew certain precious ideas from the American philosopher Ralph Waldo Emerson and the Chinese sage Lao-tzu to introduce the process of the concept of eternal return, the will for power and certain ideas concerning the superman. It seems that the philosopher Martin Heidegger discovered the truth based on certain thoughts from Lao-tzu, but he was unable to express them. To stop Nietzsche, Heidegger seems to have designed a releasement (Gelassenheit) equal to the religious practice of Taoism and Zen Buddhism. It seems that their philosophies are religions, personal re-elaborations of previous Western and Eastern religious and philosophical ideas.It seems that the European philosophy is already a religion, also equal to the American philosophy of Emerson, to the Eastern religions of Taoism without Taoist ethics, and Zen Buddhism.These findings should ensure good health and peace to the people.